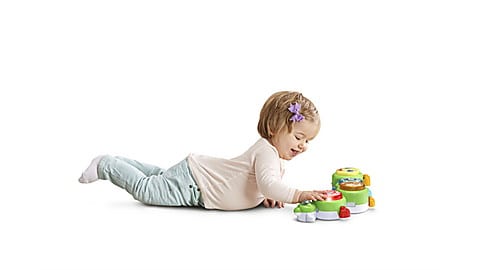 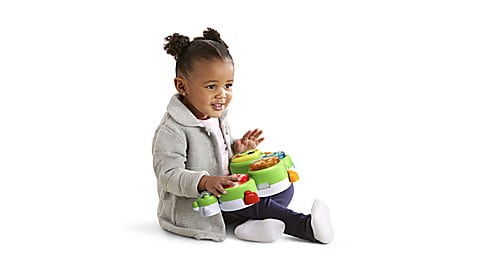 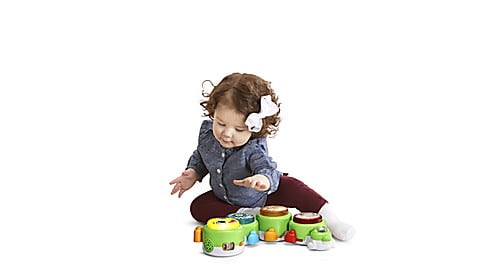 Learn to the beat with the Learn & Groove® Caterpillar Drums™ with the light-up, twistable body, wiggly feet and spinning tail rattle. Three electronic drums and three play modes teach kids about letters, counting, music, songs, tempo and the musical scale. Create your own music with traditional drum sounds, animal sounds and silly sounds. Play the Count-a-pillar game to practice counting to 20 or tap drums to play along to the ABC song, letter by letter. Follow the flashing drums to play along to 11 favorite children’s songs and three classical pieces. Learn about tempo by speeding up and slowing down the “Head, Shoulders, Knees and Toes” song, or play the musical scale note by note. Get in the learning groove!

Count to 20 and learn the ABCs

Count to 20 with the Count-a-pillar game or play the ABC song letter by letter by pressing one drum at a time.

Learn to play a song

Make the caterpillar wiggle and giggle

Press the light-up drums to make the caterpillar giggle and wiggle its feet.

There are no reviews yet.

Only logged in customers who have purchased this product may leave a review.

Get Support
What is included: Caterpillar Drums™, Parent's Guide

Be the first to know